Do you need a transfer to San Pedro de Alcántara| Here we go!

In our vacation we don’t want to suffer or bother when we need to arrange a transfer to San Pedro de Alcantara, so don’t worry, we are here to help.

This little town is part of Marbella, so also part of Málaga and it has his origin in a farm village that Manuel Gutiérrez de la Concha e Irigoyen founded in the year 1860.

This man, Manuel Gutiérrez, was an important marquess from Spain, a militician and politician from Spain. When he married Francisca de Paula Tovar y Gasca, she transferred the proprieties to him and they became very powerful owners of lands and territories.

Manuel became popular for improving the quality of the sugar production in that area, so he formed a territory that with the years has transform in what we nowadays know as San Pedro de Alcantara.

San Pedro had also a Roman occupation for many years so that provoked that we could find nowadays so many Roman ruins around the city.

The Roman baths are located between the mouth of the Chopo stream and the Guadalmina river.

This building has a birth date from the I and II century a.C., and it was made with the purpose of creating a place where the wealthy people could go and relax.

The building is octagonal, with eight rooms arranged around a central room, these rooms were used as pools of hot, warm and cold water.

Whose temperature depended on their proximity to the Praefurnium (oven) that heated all the rooms.

It’s so curious to see that this civilization was so advanced with this techniques.

The building is essentially made of very resistant concrete together with other materials that have made it stand very well over time.

As happened in many others cities, the Christian religion became more and more popular, so is not that weird to find this kind of ruins very close to the Roman ones.

Actually, they are just 500m next to each other.

It is assumed that the Herculean route of the Antonino itinerary, which linked Cádiz with Cartagena, ran through this area.

This cannot be totally confirmed, but scientist had found an archaeological site formed by the remains of a Paleo-Christian basilica and a necropolis composed of more than two hundred burials.

Discovered in 1915, when it was decided to repopulate the area with eucalyptus since then it has been the subject of numerous excavations and studies.

It contains a baptismal font, singular is unique in Spain, with some similar only in North Africa.

It’s location next to the Roman baths of the same name, from which it separates it about 50 meters. It is one of the watchtowers that existed along our coast and that were part of the defensive system of the same.

Located in the current Plaza de la Iglesia, was built between 1860 and 1866, not being open to the public until 1869 before the need to provide the agricultural colony of San Pedro de Alcántara a place for Catholic worship.

It was completely burned down in 1936 as a result of the Spanish Civil War and was restored and reopened to worship in 1943.

It is formed by a central nave with a triple portico on its façade, on which rises a turret in the shape of a prism and with a hipped roof, as well as two adjoining spaces corresponding to the aisles.

The Villa of San Luis

It is located in the Plaza de la Iglesia, right next to the parish church. It was built in 1887 as the family residence of the Cuadra Raoul family, who in 1874, became the owners of the agricultural colony of San Pedro de Alcántara.

He moved there with his wife Clara Raoul and her children moved to live in the agricultural colony of San Pedro de Alcántara, which since 1874 was their property.

In 1887, Clara Raoul built her family residence, baptizing her as ” Villa de San Luis ”, in honour of her deceased husband and son.

This building is, together with the church square and some adjoining houses, one of the only original buildings that are preserved from the beginnings of the Agricultural Colony of San Pedro de Alcántara in the nineteenth century.

It was built as a sugar factory in 1823 by Juan Lesseps, being the first industrial establishment known in the vicinity of San Pedro de Alcántara and that would work until 1831.

The building has had many uses throughout its history and the reforms made by the Marquis to build the Model Farm have allowed the building to be preserved to this day.

In 1871 the marquess, in order to provide the colony with a modern sugar factory that achieved a great economic performance, it opened a sugar and alcohol factory, giving rise to the current neighbourhood of El Ingenio in San Pedro de Alcántara.

What remains of this industrial complex is mainly the alcohol factory, consisting of a tower about 15 meters high and a rectangular ship 35 meters long and 10 meters high with a wooden roof.

Let’s go to eat at a restaurant in San Pedro de Alcantara! What a beautiful way to enjoy your day!

As a good foodie, we will recommend you this typical dishes so if you read them in the menu of the place you choose… Go for it and try them!

So when you ask yourself what to do in San Pedro de Alcantara? Going out to a restaurant and ordering some of this dishes will be the right choice to make.

This dish, which can be taken as an entree, main course or tapa, is one of the veteran favourites for expats and locals alike.

It’s simple but it tastes great and consists of prawns with garlic and chilli served in very hot olive oil.

This is the typical speciality of Malaga. The sardines are made in the traditional style: pricking them in a cane and roasting them with the smoke of a fire in the open air.

Ideally stuck in a traditional fishing boat converted into a barbecue on the beach.

Any trip to Marbella is not complete if you do not try their famous anchovies. As a tapa or as a starter, fried or cured meats with vinegar, olive oil and garlic are usually served.

Try the best of the Mediterranean with this varied fried fish dish.

This selection of local fried fish, floured and salted, served with a slice of fresh lemon, is one of the favourite Andalusian dishes.

A classic and much more than the favourite dish of shepherds, it tastes better with Serrano ham. The best varieties of cured cheese are those made with sheep’s milk or goat’s milk.

This cold tomato soup may be well known but it is best done in Malaga.

It’s served in any tapas bar and even better: it’s easy to do, so you can impress your friends when you return home! 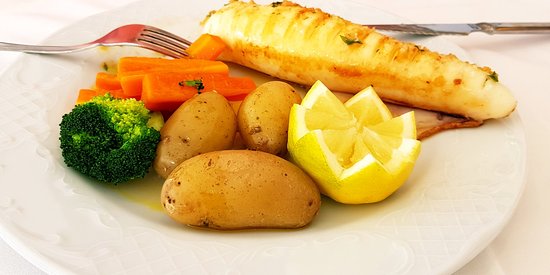 But you may ask… Where can I eat in San Pedro de Alcantara?

Here we will suggest you some places where you can eat and enjoy also the city from the perspective of a citizen that lives there. 😉

This place is the right spot if you want to try some local dishes and some good fish. You can ask also for moscatel a sweet wine that is homemade from La Bodega del Cantinero.

This is a special place without a doubt, is like an old house typical house where you will find an amazing service and also amazing food to share with your loved ones.

Is not just the way they serve the food but also how they introduce you to the environment of being like a family.

But if you want to be a little bit more chic and enjoy amazing food, you will need to try this place. The presentation of their dishes is spectacular, you would even eat the table!

This glamorous food will mix the Mediterranean style and also the luxury of a creative kitchen and way to cook.

This is a place different than the other ones, here you will not find an elegant table set up, but the way they treat you and how amazing the food looks… It will make up for the rest! 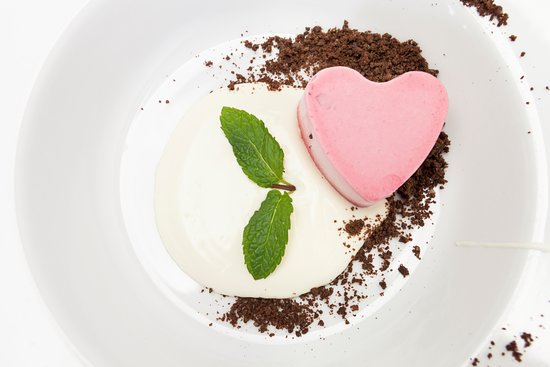 Of course, before getting your transfer to San Pedro de Alcantara, you may want to know a bit more of this coast city.

And what better than doing that knowing about their beaches?

Let’s go to the beach!

It’s kind of crazy to see that a small place like San Pedro can have so many different beaches, but yes! It’s happening and you will get to know them better!

This beach has it name because is near to a neighbourhood named the same way. Is a beach full of tiny sand and it’s not very full of people, even if it’s really reachable.

Here are some facts about this beach:

This is the beach that you need to visit if you want some intimacy or private time with family or friends. Near to another neighbourhood with the same name.

A really tiny spot to enjoy, here are some facts about this beach:

The most popular one from the city is this Guadalmina – San Pedro Beach, a place you must visit:

It has golden sand, and sometimes it can be very busy. Here are some facts:

Again it is a very busy beach to go, so we will recommend you to take your time around and visit the amazing bars and shops that are on the beach.

You may go with the car to this beach because is not really in the centre of the town. This beach has a gravel sand.

Is a regenerated urban beach with a promenade, next to which you can find restaurants and all kinds of services.

The sand of this beach is also black gravel, here is more information that you may need:

What to do in the city? Let’s see what the weather says

Is a locality in which the microclimate of the Costa del Sol allows to live very well practically all the year, with pleasant temperatures.

It is a place where the average annual temperature is around 20 degrees.

It has more than 300 sunny days a year, a temperature that can be around 14 degrees in the winter during the average day, and in the summer exceeding 30 degrees centigrade.

The rains are more frequent from November to January.

How to solve your transfer to San Pedro de Alcantara?

If you need to get a transfer to San Pedro de Alcantara, we are the perfect solution, you can use our services, book our cars and get to the Málaga airport in time for your flight.

We hope that his post helped you out to enjoy your time in San Pedro de Alcantara and the surroundings of Málaga. 🙂