Going on vacatation? Book a transfer to Casares from Malaga Airport 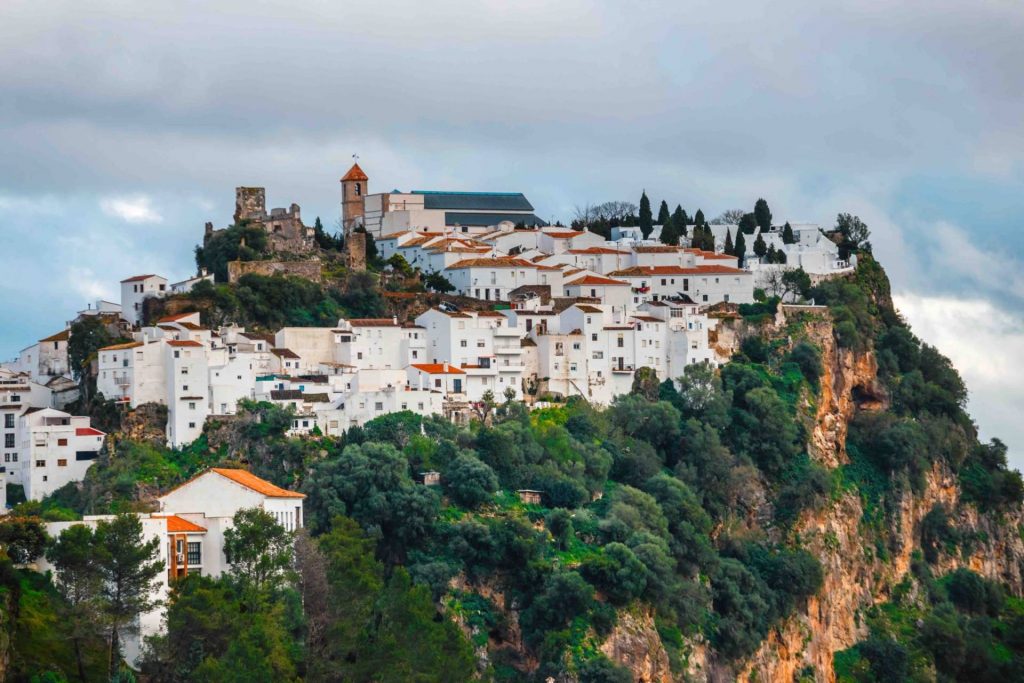 When you arrive at your holiday destination, all you want to do is find your hotel as soon as possible and unpack. That’s why hiring one of our transfers to Casares from Malaga Airport will solve this problem for you.

Stepping inside of your transfer to Casares from Malaga Airport? Let’s talk about history first

As soon as you get to your transfer to Casares from Malaga Airport, get to know the history of this town and explore every corner with a different view.

As a consequence of the passage of all the cultures that throughout history passed through Andalusia and populated Casares, it had, in Roman times, its own coinage, as well as the particular Baños de la Hedionda.

Ordered to be built (like the rest of the village according to tradition) by Julius Caesar in gratitude for the cure of a skin disease that he suffered by bathing in the sulphurous and alkaline waters of this city.

The Arabs also left their mark on the Castle, around which the farmsteads that would give rise to the current urban nucleus must have arisen.

In 1361, Pedro El Cruel and the dethroned Mohamed Quinto of Granada signed the so-called Pact of Casares, by which the Moorish king recovered his throne, Casares being integrated into the Nazarí kingdom.

Casares surrendered to the Catholic Monarchs after the seizure of Ronda in 1485 and was ceded in lordship to Rodrigo Ponce de León, Duke of Cádiz.

Above the ruins of the castle, dating from the thirteenth century, is the primitive parish of La Encarnación, which dates from the sixteenth century.

In these places the Duke of Arcos agreed the surrender of the rebellious Moors. And it is that the revolts of the Moriscos of the mountain range, in which Casares actively participated, were harshly repressed by Don Juan of Austria. 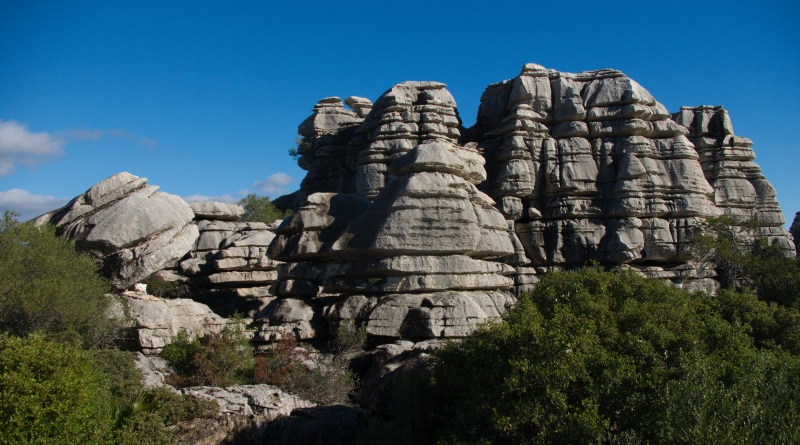 Here was signed the pact that put an end to them between the Duke of Arcos and the Moorish leaders.

In 1795 the segregation of Manilva took place with the privilege of Villa. Casares rose against the invasion of the French, this being the only town, along with Cadiz, which failed to take the Napoleonic troops.

Casares houses landscapes of great beauty and so diverse that we can contemplate the waves of the Mediterranean in the Torre de la Sal, walk through the Sierra Crestellina, admire botanical enclaves such as those in Sierra Bermeja or exploit the caves of the Massif of Utrera.

From its urbanism we can say that the streets are narrow and sloping, almost all of them with a Moorish flavour.

And some of them with particular histories, like the Callejón del Rey, where a Moorish king found his death by the hand of his subjects whom he humiliated; or the Calle Villa, which used to be the access to Casares when it was walled; or the Calle Mazmorrilla, where the captives suffered the hardships of the dungeons.

To get to the ruins of the castle, a beautiful viewpoint, you have to walk along Arrabal Street, a real challenge given its slope. Coming down from the castle we can admire the Plaza de España, where a fountain built by Carlos Tercero stands out.

And, of course, the house of Blas Infante, a must during the visit. It is a two-storey house, with wooden windows and doors and geraniums hanging from the balconies.

And inside, the pure essence of Andalusia. But it also houses the current art, that of embroidery made by the people of Casar, or esparto work.

Its enormous artistic heritage led it to be declared a Conjunto-Artístico (artistic ensemble) in 1978.

Its Roman constructions, the Baths of the Hedionda; the altars to the Youth and to the goddess Fortuna; the aqueduct in Crestellina …

This village has always been linked to the land and agricultural tasks: vineyards, avocados and citrus fruits, although cattle are also raised and grazed.

Anyway, a very important source of income is, given the proximity to the coast, construction and tourism giving this municipality its particular brushstroke to the tourist offer of the coast of Malaga.

The difference in precipitation between the driest month and the rainiest month is 124 mm. Average temperatures vary during the year by 13.4 °C. 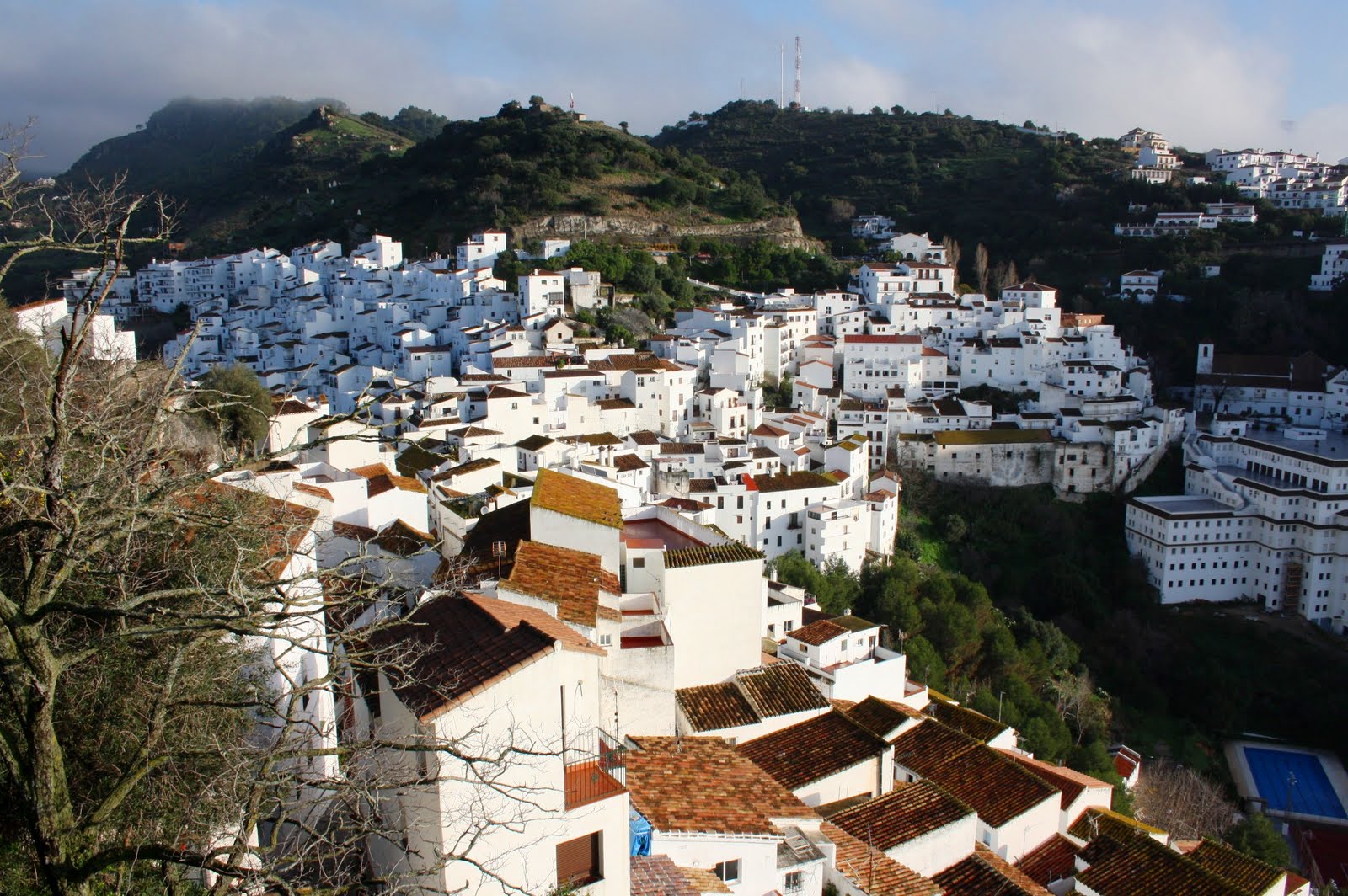 But how would be the weather when you take your cheap car hire in Casares?

The climate is warm and temperate in Casares. In winter there is much more rain in Casares than in summer. According to Köppen and Geiger climate is classified as Csa.

The average annual temperature is 16.1 ° C in Casares. There is about 756 mm rainfall.

The driest month is July, with 1 mm. 125 mm, while the average fall in December. The month in which it has the highest rainfall of the year.

While you are in your transfer to Casares from Malaga Airport, you see memorizing all those monuments or museums that you plan to see in your holidays.

Nothing like starting with the city where you are staying, so let’s tell you a little about it.

It has a bell tower of Mudejar origin of the sixteenth century and the backyard belonged to an old convent, the monument was damaged during the civil war by anarchists and is currently being rehabilitated.

A 16th-century hermitage of which only one of its naves, three walls and the remains of the altar are preserved. During the civil war it was common to throw the bodies of enemies from here and towards the ravine.

Today, an iron cross reminds us of this place, located in the Castle’s enclosure.

This is an eighteenth-century chapel located in the Plaza de España, in the center of town. Inside it houses the image of the patron saint, Our Lady of the Rosary. 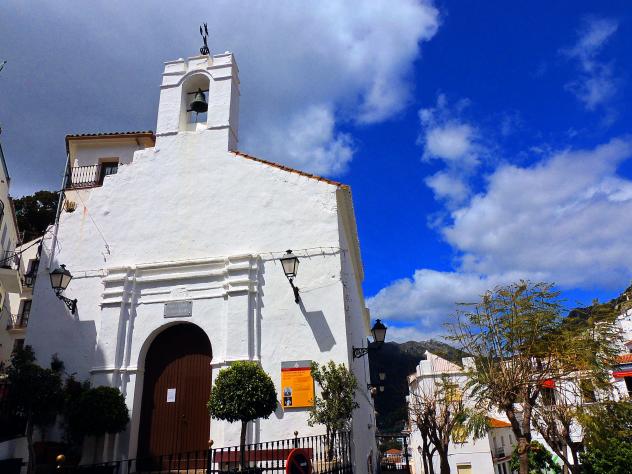 Chapel of Our Lady of the Rosary

Casareños go there on pilgrimage accompanied by the Virgin in the month of May. It is located between the rivers Genal and Guadiaro and, in some winters, it is cut off by the flooding of the river Genal.

It is located inside the enclosure of the Castle and is a singular element both for its circular shape, adapted to the topography, and for the custom of whitewashing the niches, a sample of popular culture and customs.

There is nothing like trying the gastronomy of the place you are going to, in this case with your transfer to Casares from Malaga Airport, you will be able to whet your appetite to taste their exquisite delicacies.

If there is one thing that characterises Casareña cuisine, it is that it is very heterogeneous. This heterogeneousness is the result of the fusion between the life of the countryside and the sea, between the blue and the green.

They emphasize great variety of plates, but, without a doubt, one of the most characteristic is the denominated Puchero with pringá, a stew of broth of chickpeas, cooked with meat of slaughter, in which they can get to mix meat of pork, of veal, turkey, chicken, … along with carrot, potatoes, leeks, and bacon.

Another of the most succulent dishes of the place is the black pudding of goat, characterized by being extremely fine, seasoned with onion and garlic. It is cooked with tomatoes and peppers.

But if we speak of Casareña cuisine, we cannot forget to accompany any dish that we eat in this small corner of the Costa del Sol with its country bread.

The gazpacho casareño is one of the great gastronomic resorts of the place. It is a soup of tomatoes, peppers, also onion, with garlic and brown bread, served hot with an egg curdled on it.

The locals leave the egg for the end and consume it soaked in a little olive oil and herded with bread. 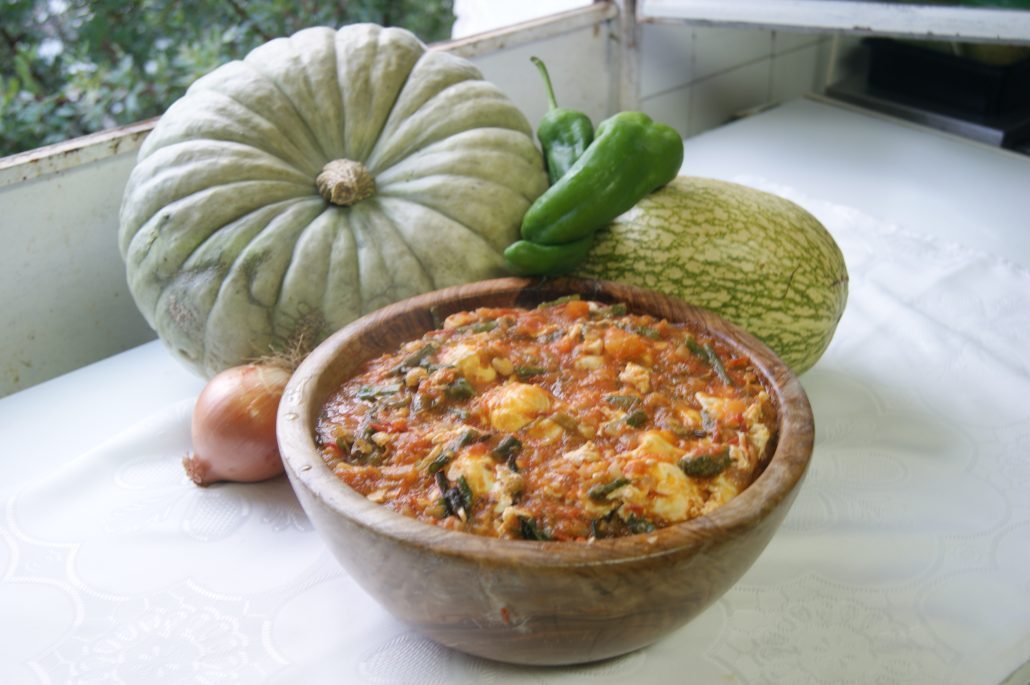 Also the rabbit a la montañesa defines the culinary world of this town of Malaga. Cooked with onion, thyme, rosemary and bay leaf sauce, it delights the stomachs of visitors.

The gachas con leches de cabra (porridge with goat’s milk), a traditional dessert based on flour and goat’s milk, is a must.

Among the dishes derived from fish, include the traditional fried pescaito from the coast of Malaga, and the Moruna de sardinas, cooked with a sauce of tomatoes, peppers, boiled potatoes, onions, oregano, lemon and paprika. This dish is an inheritance of Andalusian cuisine.

Also noteworthy are the cheeses of Sierra Crestellina, made by hand with goat’s milk, and fried cakes, made from a dough with flour, water, salt, yeast and matalauva. They can be accompanied with honey.

How to solve your transfer to Casares from Malaga Airport?

If you need to get a transfer to Casares from Malaga Airport, we are the perfect solution, you can use our services, book our cars and get to the airport in time for your flight.

We hope that his post helped you out to enjoy your time in Casares and the surroundings of Málaga. 🙂