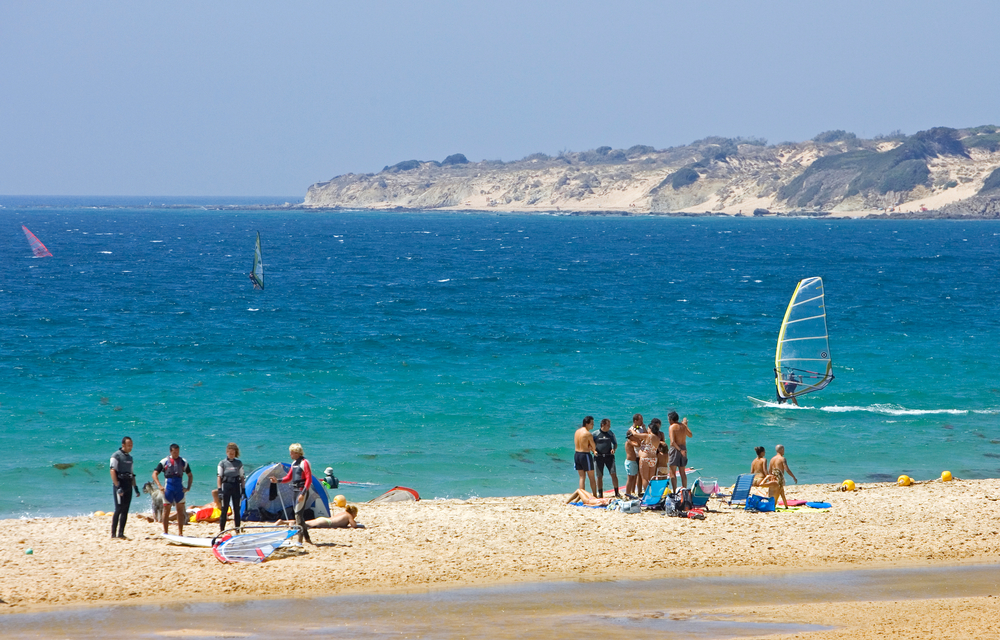 Travel Guide by Malaga Cabbie moves this time to Tarifa to provide you with information about the city and what to do in Tarifa and nearby towns. Get ready to enjoy you time in Tarifa with our recomendations. Also we want to introduce you our Transfers to Tarifa service. Our company have one of the best califications as Transfer Company according to our clients feedback in Tripadvisor.

This Roman city, probably founded in the 3rd century B.C., reached a great economic and urban development among the SS. II B.C. and II A.D.

Their economic base was based on fishing and the trap, a system for catching tuna introduced by the Phoenicians.

With these fish, they made the salted fish and the famous garum sauce. It had large public buildings such as the forum, the hot springs, the temples and the theatre, among others.

Today, you can visit this impressive archaeological site on the beach, which preserves its monumental layout and much of its architecture in good condition.

In Guzmán El Bueno Street, you will find one of the best preserved castles in Andalusia. It was built in the year 960 by Caliph Abd-ar-Rahman III.

However, it bears the name of the Christian ruler Guzmán El Bueno, who defended the city from the Muslim invasion in 1294, sacrificing the life of his own son.

As soon as you arrive at El Estrecho Viewpoint, 6 km away from the historical centre of Tarifa, the breathtaking views you will find will take your breath away.

In fact, from there you can see the coast of Africa and one of the so-called Columns of Hercules, the Jebel Musa, 851 metres high.

In the past, the Columns of Hercules, Jebel Musa and Gibraltar were said to mark the end of the world. 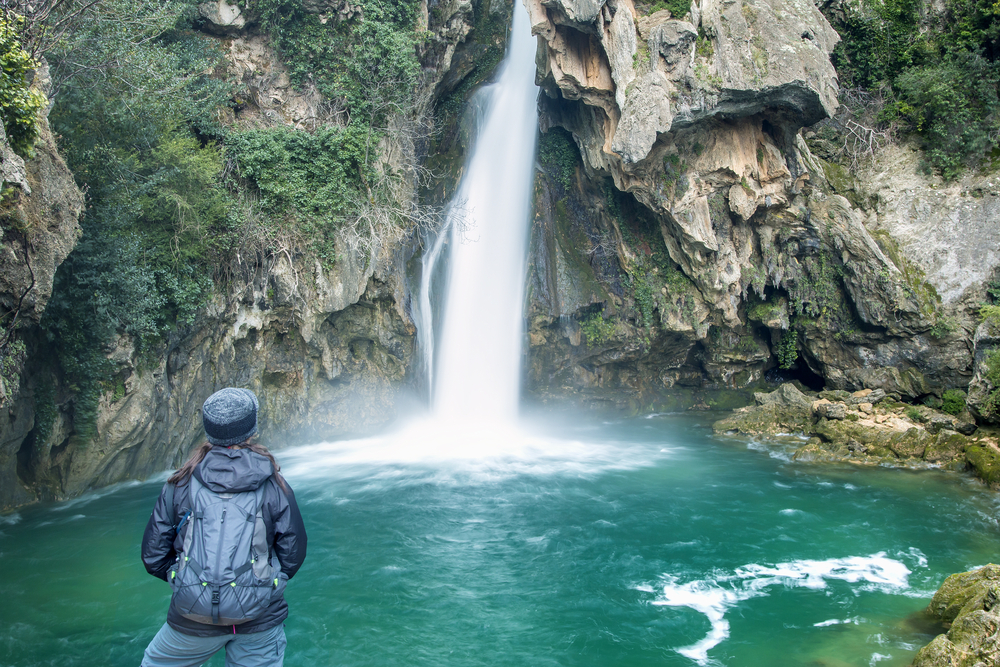 GR7: a trail from Tarifa to Andorra

The Gran Recorrido 7 is the second best known trail in Spain, after the Camino de Santiago.

It crosses Spain from Tarifa to Andorra and its itinerary passes through Andalusian cities like Cadiz and Malaga, allowing hikers to discover wonderful places like Grazalema and Ronda.

The province of Cordoba and Jaen are also within the GR7.

Located in the small village of Bologna, 20km from Tarifa, the majestic ruins of Baelo Claudia are an important Roman vestige in Spain, whose period of flourishing dates from the first century AD.

While you’re there, you’ll discover the ruins of a Roman theater and an old basilica, along with several workshops that produced salted fish and a delicious sauce called garum, a condiment made with tuna, one of the specialties that drove the Romans crazy. 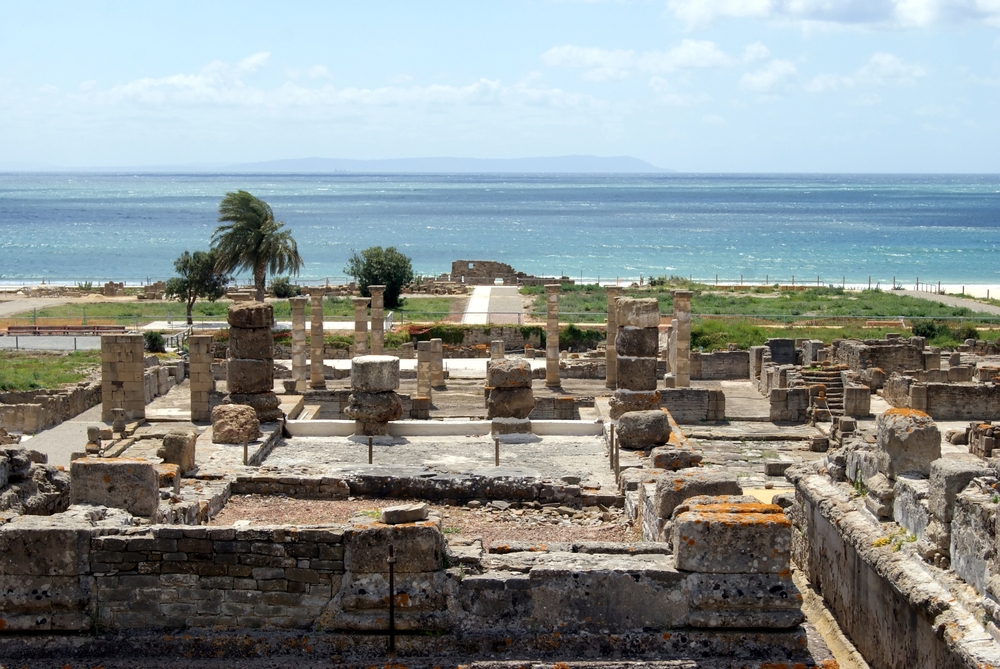 What you would eat after getting your transfer to Tarifa!

The traditional cuisine in Tarifa is centred on the offer of tapas bars, beach bars and restaurants that exalt the typical Mediterranean gastronomy, of which the coast of Tarifa is part.

One of the typical dishes of the traditional cuisine in Tarifa is fried fish.

Tarifa is a fishing village that has always lived off the sea, and every morning the fresh fish that the sailors catch at night enter its port. Many of these fish go straight to Tarifa’s restaurants and bars, ready to cook and eat.

In Tarifa you can find a great variety of bars and restaurants that serve fish, as well as meat, also very typical of the land, and other traditional dishes.

There are many of them in the old town and on the outskirts of Tarifa. But the best known bars for fried fish are the ones in front of the port.

There you will find a wide range of restaurants, one next to the other.

The El Puerto restaurant is one of the most popular restaurants for its delicious fish, although they all serve very tasty dishes and offer good service, as well as a very good value for money. 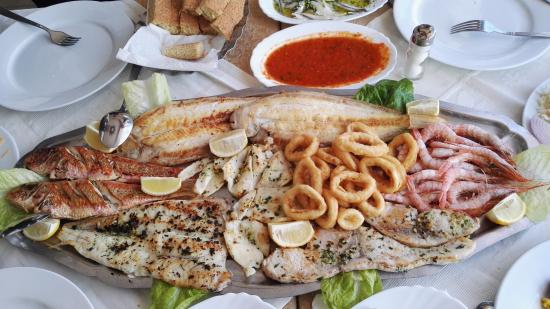 For about 9 euros you get a huge dish with a great variety of fried fish!

But, as I said before, in Tarifa you don’t just eat fish. The meat of the area is also very good, both pork and beef.

If you want to eat pork prepared in different ways, and all exquisite, you have to go to the restaurant Casa Juan Luis, in San Francisco Street.

This particular restaurant has a tiny wooden door to enter, which you will always find closed, since to go to dinner you must make a reservation several days in advance.

It is an exclusive restaurant with personalized treatment that will certainly not leave you indifferent. You can see more information in the advertisement on the left.

In the inn La Rueda you can also taste a good traditional cuisine, both meat and fish.

Enjoy your holidays in Tarifa trying the most traditional and traditional gastronomy of the area.