Get a transfer to Torre del Mar from Malaga Airport | Call our services! 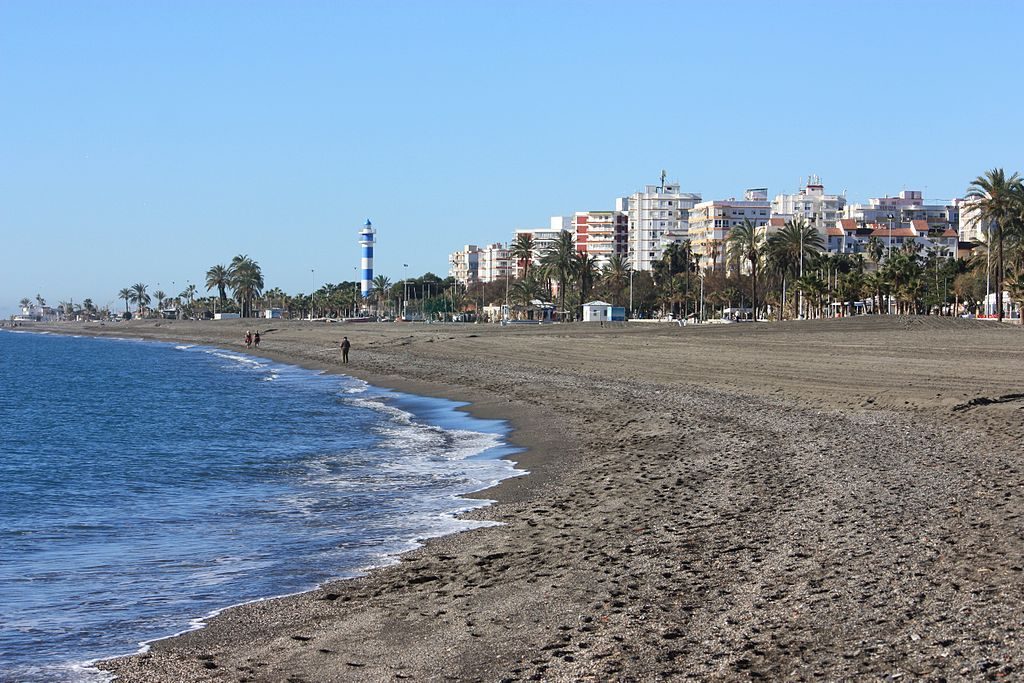 Going somewhere to spend your holidays is an important task. 😉 That’s why when you’ll take your transfer to Torre del Mar from Malaga Airport we will give you this travelling guide to enjoy.

Make the most of the city!

Stepping inside of your transfer to Torre del Mar from Malaga Airport? Let’s talk about history first

It seems logical to think that its origin dates back to Phoenician and Carthaginian times, as it is located on the coast and in a privileged place, with a natural harbour that must have attracted the different peoples who arrived by sea, and later became a first-rate military enclave.

In a chronicle of the century he is quoted by Abdallah, the last Ziri king of Granada dethroned by the Almoravids in 1090.

“I made my way to Mariyyat….” Also Al ldrisi (XII century) calls it Castillo de María BelIiz. small fortress on the coast.

And Alfonso, the Christian Battler who came to the aid of the Mozarabs in the same century (1125), reached the beaches of Vélez where he symbolically took possession of the sea of Africa.

And Francisco Simonet emphasizes that Al Jatib. when referring to the towns that belonged to the jurisdiction of Vélez-Málaga (14th century), he calls it Mira va Ballix, or the watchtower of Vélez; today the Torre del Mar, data that we collect from the work of Francisco Montoro.

Conquered by the Catholic Monarchs in 1487, the town’s original fortress was given to Ruiz López de Toledo, who resigned in favour of Vélez.

In August 1704 he played a leading role in the so-called Naval Battle of Vélez-Málaga, which pitted the French-Spanish and Anglo-Dutch squads against each other and was the only one of great style in the entire Spanish War of Succession. There were heavy losses on both sides.

The great Spanish sailor Blas de Lezo lost a leg in battle and was promoted to lieutenant.

The subsequent history is an ongoing effort to make Torre del Mar the port of La Axarquía, but the efforts are futile.

The economy was reduced to sugar cane, which languished until the Larios family arrived in Torre del Mar in 1852 and took over the factory that the Sociedad Azucarera Peninsular Bahía tried to launch unsuccessfully.

The impulse that Larios Hermanos y Cía. gives to the production and marketing of sugar cane promotes the growth of Torre del Mar.

They buy as much land as they can and give it to settlers to grow sugarcane. Between 1910 and 1920, the firm owned 48 farms.

At the beginning of the century, the Malaga-Vélez-Málaga train, which initially only arrives in Torre del Mar, is expected to flourish again, but it is a mirage, as can be seen six months later when the link with Vélez-Malaga comes into service.

In the 1960s Torre del Mar became part of the tourist whirlpool. Agriculture is displaced by construction, which causes disorderly growth.

The two-storey houses and the lush orchards turn into a forest of concrete blocks that transform the appearance of the village.

Torre del Mar has a large, spacious and well lit promenade, which can be easily accessed, until it connects with Caleta de Vélez.

The patron saint fiestas are held from 22 to 26 July in honour of Santiago and Santa Ana. 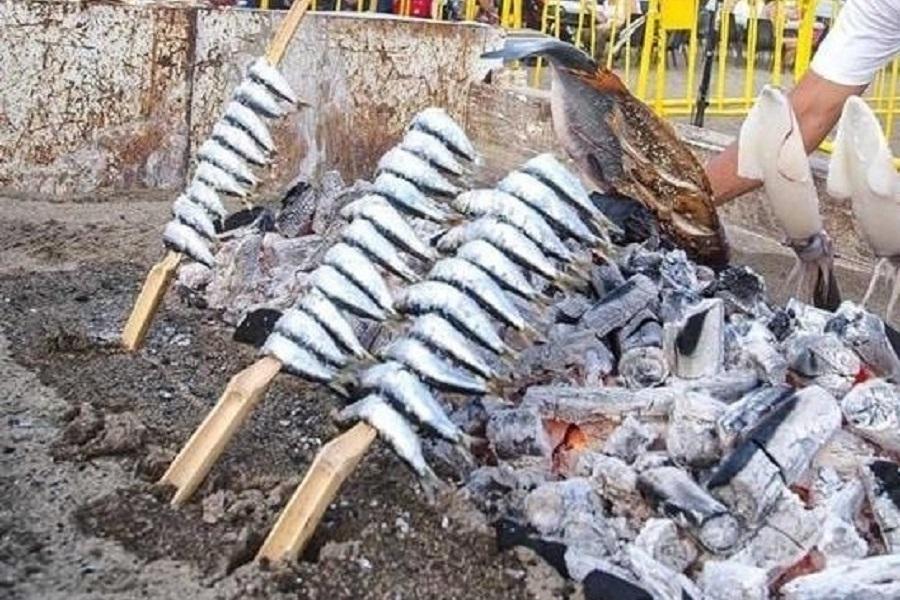 This monument to the Fisherman located in the Paseo Marítimo, seems to have been built in bronze and its base is made of granite.

As I couldn’t find out who the author was, I decided on a poem by the Spaniard Rafael Alberti, born in Puerto de Santa María (Cádiz) in 1902.

At the gates of the Conservatory of Music and Dance in the old mansion of Larios, a bronze bust of José Hidalgo, a patron of music who had a lot to do with the creation of this school in Torre del Mar, has been installed.

Next to the bust we can see a curious “natural sculpture” carved in an old tree of which the small boulevard that surrounds the manor house counts, and that represents a violin.

At the beginning, the conservatory was named Santa Lucia, but in a plenary session and at the request of the residents, the name has been changed to José Hidalgo, as a fair tribute to his dedication and dedication.

In the dissemination of music and dance in the Axarquía region of Malaga.

The location of Torre del Mar on the eastern coast of the province of Malaga made it an ideal place for coastal surveillance, this made the town of Torre del Mar was closely linked to its old castle, now gone, only some remains of its wall in the area of the popular Plaza de la Axarquia and the information monument with the map of what would be the castle in its day.

The devotion to the Virgin of Carmen in the villages of the Coast will materialize tomorrow in Torre del Mar with the inauguration of the “Fuente Virgen del Carmen”.

In the fountain next to the music pavilion, an image of the Virgin of Carmen has been installed, the work of sculptor Miguel Angel Moliné, professor of Fine Arts at the University of Granada, the sculpture has been made in bronze and will enlarge the promenade of Torre del Mar.

The image has a height of 2.75 meters, reaching the height of 3.30 meters, if you include the aureole of the virgin 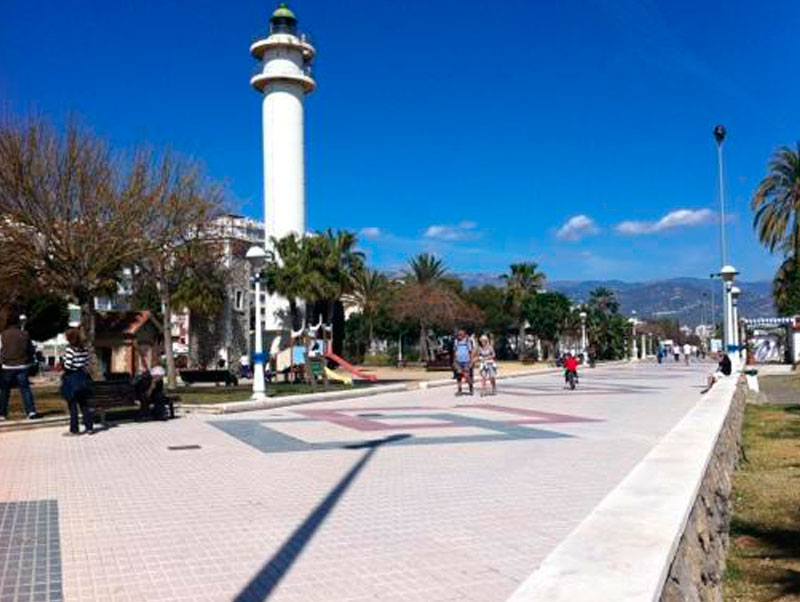 What you would eat after getting your transfer to Torre del Mar from Málaga Airport!

The gastronomy of Torre del Mar focuses on its fish, most of which come from the port of La Caleta, although this is no reason why you should not enjoy magnificent meats in any of its inns, grills or restaurants.

The most typical without a doubt is its roasted sardines, made on boats with beach sand and bamboo cane. You can enjoy them in any of its many beach bars.

Like any Andalusian town that deserves Torre del Mar also has homemade gazpacho as a representative of its gastronomy, there is no restaurant that does not offer this in its menu.

The largest selection of restaurants is located in two points of Torre del Mar, the first of which is Toré Toré Avenue, where you will find pizzerias, restaurants, inns, hamburgers, fry houses and beach bars.

And the Larios walk where you will also find anything you feel like eating.

Torre del Mar is also famous for offering many places to have coffee or dessert, being the town of La Axarquía with more ice cream shops.

We especially recommend you to try the ice creams from Zeus and Neptune ice cream parlours, both with handmade ice creams and a very familiar treatment.

All our apartments for rent are close to areas with restaurants, pubs or ice-cream parlours where you can enjoy your meals.

How to solve your transfer to Torre del Mar from Malaga Airport?

If you need to get a transfer to Torre del Mar from Malaga Airport, we are the perfect solution, you can use our services, book our cars and get to the airport in time for your flight.

We hope that his post helped you out to enjoy your time in Torre del Mar and the surroundings of Málaga. 🙂